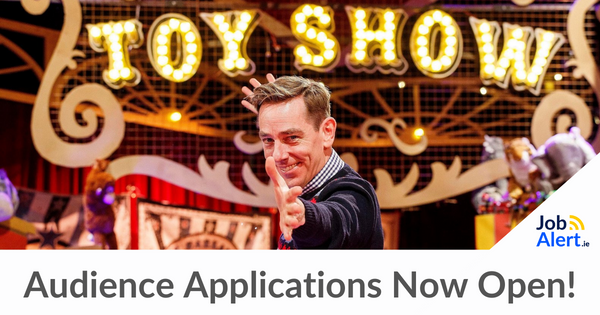 The Late Late Toy Show is an annual, special edition of the Irish chat show . Airing annually on RTÉ One near the end of November or early December to coincide with the holiday shopping season, the Toy Show showcases the popular toys of the year, as presented by the host and demonstrated by various children on-stage, along with appearances by celebrity guests.

Since its first presentation in 1975, the Toy Show has become a cultural institution in Ireland; it is often the most-watched programme of the year on Irish television (and its overall viewership has increased steadily in recent years), and being featured on the Toy Show has been said to have a major boost to sales of a product heading into the Christmas season.Commercial time during the Toy Show is also prestigious for advertisers; in 2009, a 30-second spot cost €17,000; in comparison, a 30-second spot during the 2010 UEFA Champions League Final cost €9,750. Tickets to its taping are also difficult to come by; in one year, a single ticket was auctioned for €1,500

The Toy Show jumper attracts as much attention as the show itself, with viewers sending in their own versions to RTÉ ahead of the night in the hope that the presenter might wear them.[6] Gay Byrne habitually wore a Christmas jumper each year. He also wore the jumper for People in Need Telethon, but Pat Kenny tended to wear a "naff" grey jumper when he was host.Ryan Tubridy also spoke in favour of the jumper when he took the helm.Byrne was noted for his "Bing Crosby sweater".

Some of the sweaters we got in this year are so bad, the people who knitted them should be put on trial in The Hague for crimes against Christmas.[6]

Ryan Tubridy expressed his distaste for the selection of jumpers he received from fans in 2011.

Audience members also appear in Christmas wear such as hats, antlers and even jumpers.