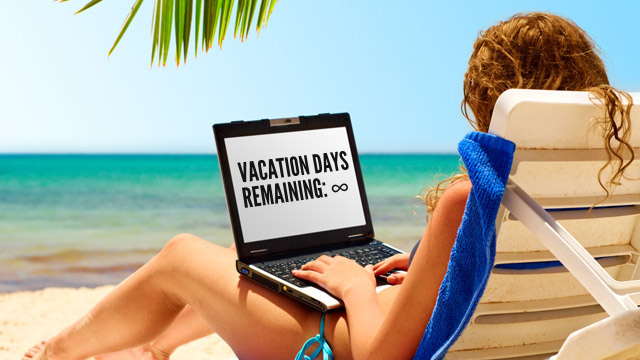 Unlimited annual leave is taking off in Australia and New Zealand but how does it work?

While the average Annual Leave is around 4 weeks in Ireland, across the globe companies are pushing out the boundaries – but how are they doing it and what effect does it have on their businesses?

So the companies just leave it to its staff to decide what an appropriate amount of time off is without the leave affecting the quality of their work or projects.

After 12 months with an unlimited leave policy, Inventium, an Australian innovation consultancy, found that the average amount of leave taken was 24 days. After two years it was 27 days, or five weeks and two days.

They said "It means staff are taking what they need (which was clearly more than four weeks) but by the same token, the policy is not being abused," says founder Amantha Imber.

"Interestingly, five and a half weeks is about what I now take. This consists of a couple of weeks off over Christmas, a decent three-week family holiday in the middle of the year and the occasional long weekend where I'll take the Friday off work."

Other companies, including eHarmony, Hawker Britton and Student Flights, also have similar leave policies but the number is still small.

Here in Ireland some staff find it difficult to take the basic leave off as some say that they find it hard to stay away from the office too long, we have someone like that in our office….Sean – next year we’ll be pushing you to take more breaks for sure - we don’t want you to burn out!

"This is because employees feel more able to put more energy into each working day, as they see that this will be balanced out by some respite on the horizon," says Anthony Mitchell, the co-founder and chief potential officer at Bendelta, a company that even has it’s own ‘public holiday for anyone employed by Bendelta’, placed in the middle of winter to make up for the lack of public holidays at that time of year.

Some companies don't "give" more time off but allow staff to "buy" more holidays. At HSBC Australia, staff can buy up to two weeks extra, so basically they offer employees the chance to buy five or ten days extra leave per year, and they can then either opt in, opt out as they wish. We had that in Gateway 2000 when I worked there back in the 90’s – gosh they were ahead of their time when I think back now.

The buy rate is normally an individual's pay rate. And if they want, the money can come out of monthly pay over 12 months. They still get sick leave and accumulate long service leave as normal.

WHY DON'T MORE COMPANIES DO IT?

Ross Reekie, the Founder of Rise, a workplace meaning and happiness consultancy, says flexible working and unlimited paid annual leave is not new. Ross says it’s been around for years, with big brand companies such as Virgin having first introduced the policy.

"The real question is, why aren't more companies doing it when the policy will make employees happier and help them find more meaning in their work?

Rise has introduced an unlimited paid leave policy, to give employees the opportunity to pursue their passions, by giving them the freedom and flexibility to do the things they love.

There was shock in the room when Reekie announced the new leave policy.

"People wondered if they'd heard the announcement correctly," he says. "One member of the team even burst into tears as she said the policy would take so much pressure off her shoulders."

He says the policy has also brought the Rise team closer because it demonstrates that they care about each other's lives and that everyone is valued.

"It has increased trust and, surprisingly, it makes me feel better about being a boss and has increased my level of work satisfaction too," he says. I’m sure it must really also help to attract staff and ensure that employees think twice about leaving.

Technology, in the form of email, text and smartphones, has created an "always on" expectation which has led to a change in the work relationship. So even though people get to take time off, many of us don’t work standard hours normally anymore anyway.

Businesses are starting to realise that it can't be all take from their side and they need to give something back to employees to avoid burnout and disengagement.

Research confirms huge productivity, creativity, customer service, cultural, and financial benefits. The concept is fundamentally based around trust and most employees would never dream of taking advantage, I’m sure.

In New Zealand, video game company Rocketwerkz offers staff unlimited leave and sick pay, saying the scheme which trusts employees to manage their own time has got the best out of its workers.

Staff are trusted to manage their workload, as well as the amount of time they need to be in the office, and workers simply talk to their team if they want to go off for an extended period of time.

Chief executive Dean Hall said the strategy has helped the company attract skilled staff away from big studios and gets the best out of its workers. But, you'll have to relocate to New Zealand, which shouldn't be a problem as you'll have all the time in the world to fly home for a visit. They are hiring at the moment and have some relocation packages to help if you fancy a new experience and you have the skills they need.

Jobs currently available at Rocketwerkz include;

Why RocketWerkz? We're independent, make our own original games and operate flat teams - meaning you have the chance to make your mark, contribute ideas and directly affect the success of our projects. We think decisively, take calculated risks, get the best tools for the job then move fast and adapt quickly.

Plus we're based in beautiful, creative New Zealand with an awesome lifestyle, friendly people and exciting projects to work on.

What's the RocketWerkz story?After the global success of influential survival game DayZ, Dean Hall returned to his native New Zealand. RocketWerkz opened its first studio in Dunedin, a university city in the south of New Zealand, in early 2015.

In September 2019 RocketWerkz opened a studio on the waterfront in Auckland, New Zealand's largest city, to focus on next-gen AAA survival game. The planned 60 person team will be hiring throughout 2019 and 2020.

The Dunedin studio has 50 team members, working on the continued development of Stationeers and two unannounced projects. The studio believes in rapid prototyping and experimentation and has also successfully cancelled three projects.

RocketWerkz has received investment from one of the world's leading games companies Tencent, but remains independent and majority-owned by Dean Hall.

To make thinking-person's games with some depth in them, with people who are passionate about what they do. We believe that games only really come to life when they are played, and that truly great games come out of taking the right risks.

We have two studios in beautiful New Zealand.

Our growing Auckland studio is in downtown Auckland, close to nightlife, fresh air, ferries and public transport. This team is working on a genre-defining AAA survival game, and is expected to grow to 60 or more people during 2020.

Dunedin is a historic university city in the South Island of New Zealand, close to mountains, surf and wildlife and home to our original studio. As well as larger projects, the 50-strong Dunedin team work on smaller experimental and indie games with more opportunities for graduate students and indie game developers.

There are career opportunities at both studios.

An interesting and diverse group of artists, gamers, programmers and more from around the world. They've worked at some of the world's leading game studios such as Bethesda, Sony PlayStation, Activision, Grinding Gear Games and Bohemia Interactive before joining RocketWerkz. We love the outdoors as well as technology.

We encourage applications from interesting, talented and experienced people from anywhere and with any background. RocketWerkz highly values diversity. Anyone regardless of disability, gender, sexual orientation, ethnicity, or any other aspects of a person’s culture or identity can have an important role to play in our team.

What kind of employee are you looking for? Any tips for applying? Currently we are prioritizing experienced game developers and artists for our Auckland studio, especially those with experience working in Unreal Engine 4. We love to see complete art portfolios and links to playable published projects you have contributed to.

How are the pay and benefits?

Highly competitive salaries (relative to the city) and excellent benefits.

All staff receive a retirement plan (a 4% employer contribution towards the New Zealand KiwiSaver, similar to a 401k plan, if you are eligible) and four weeks annual leave. We have family-friendly practices, pet-friendly workplaces, regular social events and professional development opportunities. Senior staff enjoy flexible working and generous annual leave and sick leave.

New Zealand is a great place to further your game development career. We’re high-tech, English-speaking, family-friendly, cosmopolitan and have some of the best coffee in the world. Being surrounded by nature is part of the New Zealand way of life, from a waterfront walk in your lunch break to a weekend field trip. Situated between America and Asia, but with Māori and European heritage, New Zealand is a multi-cultural and beautiful country.

Aotearoa, as New Zealand is also known in the native Māori language, is a creative place. Our film and visual effects industry is world-famous and there is a strong, collaborative game dev community with regular meetups and conferences.

For more information on living and working in New  Zealand, visit www.newzealandnow.govt.nz.

RocketWerkz can support successful candidates apply for a New Zealand visa and cover your relocation costs.

If you're not sure, why not come for a visit? We love hosting international guests.

FOR FULL JOB DESCRIPTONS OF THE JOBS ON OFFER CLICK HERE;