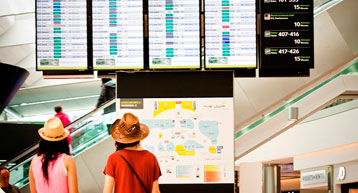 Minister Humphreys has now confirmed that those receiving pandemic payments can travel to green list countries.

Recipients of the Pandemic Unemployment Payment (PUP) who travel to green list countries will still receive the payment Minister for Social Protection Heather Humphreys has told the Dáil.

Ms Humphreys admitted her department could have communicated more effectively and said that the cases of all those who travelled abroad for holidays would be reviewed.

In a statement during Dáil question time she told TDs she had asked “people who wish to travel on any of the countries on the green list can do so and continue to receive their payment”.

But she said people who travel to the countries not on the green list can only do so for “essential reasons”.

She pointed out that of the 2,500 people whose payments have been stopped, 90 per cent were leaving the country permanently.

Previously, more than 100 people who received the €350 pandemic unemployment payment had the benefit cut after travelling abroad.

The Department of Social Protection said that “since 7th July, 104 cases of pandemic unemployment payment have been stopped as a result of work done in the airports”.

It also said that “in addition, 44 other social welfare payments (eg jobseeker’s payments, means assessed payments) have also been closed”.

It said the benefit “is not paid to people who go on holidays abroad or when they are going through their 14-day quarantine period”.

The statement followed a Business Post report that payments had been stopped following checks at airports and because they were boarding a flight in breach of the rules.

At the time it said that cases would be considered “whereby somebody in receipt of PUP [Pandemic Unemployment Payment] had to travel abroad for urgent or exceptional reasons”.

The statement explained that department officials carry out regular inspections of those travelling through Irish airports.

Speaking on RTÉ’s The Week in Politics Tánaiste Leo Varadkar said that to receive the pandemic payment you had “to be genuinely seeking work and you have to be ordinarily resident in Ireland”.

Mr Varadkar said the department gets information from the airports and if somebody “is not genuinely seeking work or is not genuinely living in the country any more their payment can be stopped”.

When it was put to him that people on social welfare had not previously been stopped from going on a holiday, Mr Varadkar replied: “If you’re in receipt of the jobseeker’s allowance for example you are allowed to take a break away of up to two weeks, but beyond that it can be stopped.”