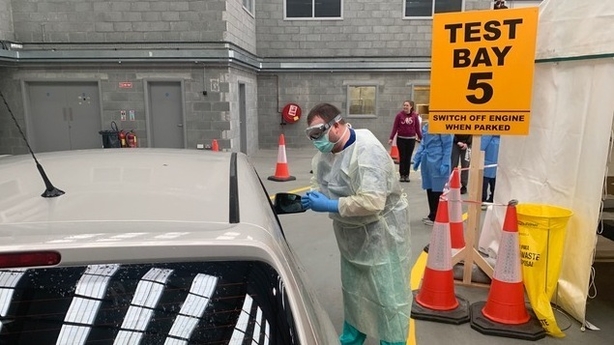 HSE will be recruiting for testing, swabbing and contact tracing roles

The HSE will be seeking applications for paid roles in testing, swabbing and contact tracing in the coming weeks.

HSE urges public to apply for these paid testing and contact tracing roles.

The average number of tests carried out per day last week was 12,000 and almost 62,000 tests have been completed across the 46 labs in the last week.

Meanwhile, HSE officials have reported that one in four people are not showing up for their Covid-19 appointment, prompting concerns about the risk of spreading the virus.

Figures show that around 25% of people who have been given appointments for a Covid-19 test are failing to appear, when people are not availing of their scheduled test it means someone else is losing out.

HSE chief operations officer Anne O’Connor said: “On a daily basis you can have 3,000 or 4,000 appointments, so if a quarter of those aren’t turning up that is a significant number of appointments.

Figures show that the average number of new positive cases over the past seven days is 120 per day, up from 104 from the previous week.

Over 375 HSE corporate staff have been deployed to testing and contact tracing. A significant number of clinical staff were also deployed to take swabs when health services were stood down in the early days of Covid-19. HSE CEO Paul Reid said that the HSE will be seeking applications for paid roles in testing, swabbing and contact tracing in the coming weeks and he has urged the public to apply for these roles as soon as they are advertised.

At this morning’s HSE briefing, Reid said that 3,000 tests have been completed among meat plant workers as part of the HSE’s serial testing programme, with a positivity rate of 0.4%.

Testing will be expanded to workers in other food processing sectors such as fish and mushrooms, he said.

Plans for serial testing in Direct Provision centres, which have seen a number of outbreaks in recent weeks, are “well commenced”.