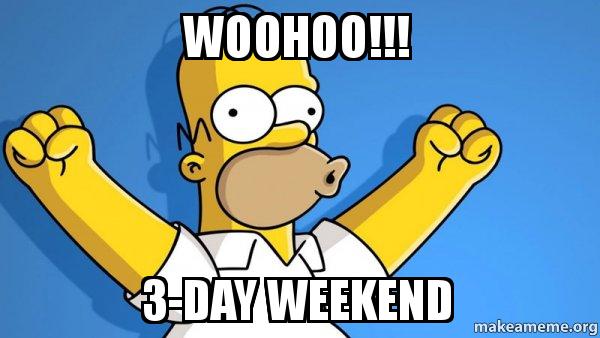 A new survey shows that 57% of office workers here believe that a four-day working week is likely in the near future as technology makes work practices more efficient.

The study, by technology company Ricoh, also found that Irish employers are lagging behind their UK counterparts in facilitating flexible working options for employees.

Only 41% of Irish workers who were surveyed felt that their employer frequently adapts working practices to their needs, in comparison to 54% of their UK counterparts.

This sentiment is felt across all generations of the workforce in Ireland with less than half of workers agreeing that their employers are doing enough to keep up with evolving employee needs.

Today's study also found that 43% of Irish workers expect all or part of their roles to be automated within the next five years as a result of technological advancements.

It also revealed that salary, flexible working hours, learning opportunities and a work-life balance are the top priorities for workers when looking for a job.

Chas Moloney, director at Ricoh Ireland & UK, said the concept of the traditional workplace has changed significantly in recent years.

"Interest in and appetite for a four-day work week is growing - people want to work less hours but be more effective and productive with the time they spend working," Mr Moloney stated.

He said it was "very disappointing" that Irish business leaders are not recognising this trend and adopting more flexible ways of working to motivate, encourage and retain staff.

He said that if Irish business leaders are to succeed and make the concept of the four-day work week a reality, they need to enable individual workstyles with the right technologies and agile approaches.

"Otherwise, they could find themselves struggling to attract, keep and empower people," Mr Moloney cautioned.

The research, commissioned by Ricoh Europe and conducted by Coleman Parkes, involved 4,580 office workers from across 24 countries, including 150 from Ireland.

Looking across the Seas....

Until 1908, US workers worked six days a week. All of that changed when a New England mill was the first to give it's employees Saturday off, allowing their Jewish workers the ability to observe their Sabbath. The five day work week continued to grow in popularity through 1926, when Ford became the first major employer to adopt the schedule. From then on, the five day work week became a standard.

The five day work week is supposed to consist of eight hour days, ultimately creating the 40 hour week for full-time employees. However, more than 50%of those full-time employees spend more than 40 hours per week at the office. Most U.S. employees are known to waste time while at work. Many millennials even refuse to leave the office, despite being done with their work and hitting 40 hours, out of fear of being seen as replaceable. Which is why the trend of millennial work martyrs continues to grow.

Despite the advice from the experts on the importance of prioritizing relationships or vacation days, most U.S. employees continue to spend too many hours chained to their desks. All that time on the job, also comes with a host of dangers to one’s health. According to several studies rounded up by Investment Zen, people who are overworked have a 33% increased risk of stroke, double the chances of suffering from depression and anxiety, 112% increased risk of developing Type 2 Diabetes, and 13% increase in heart problems. Begging the question, do employees really need five days chained to their desk to get the job done?

Licensed clinical social worker, Sarah Herstich, shares “an adult’s attention span lasts from 15-45 minutes.” Employees need breaks throughout the day and the week to maintain productivity and re-engage while at work. Otherwise, employees begin to develop bad habits to waste time. The average employee checks their inbox 36 times in an hour. Furthermore, employees waste about 31 hours per month in unproductive meetings. Sitting in a meeting may not seem like someone is developing a bad habit, but often times during those meetings employees spend the majority of their time daydreaming or complaining. These unproductive habits have been known to spill into normally productive hours, which could be why more and more companies are adapting shorter work weeks.

The reality is, taking a day out of the office doesn’t just benefit the employees, it benefits the company as well. The State of Utah implemented a 3-day weekend for state employees. After 10 months, they were able to save $1.8 million in energy costs. Other companies, like San Francisco based startup iBeat, used the 3-day weekend to recruit top talent. The 3-day weekend has also been linked to reducing time off requests by 9% and increased overall productivity. KFC Japan was able to retain more employees, particularly stay at home moms, after implementing a 3 day off initiative. The ability to recruit and retain top talent is a massive cost saver alone.

The 3-day weekend is a growing trend in Japan, UK, France, Sweden, and the US. The CEO of Basecamp, Jason Fried said, “better work gets done in four days than in five.” If you or your employer are still hesitant to give the 3-day weekend a try, start slow. For instance, only the first or last Friday of the month. See how things go. Many companies who have implemented a 3 day off initiative, will allow employees to choose either Friday or Monday in to keep the office going five days a week. Get creative with a schedule that benefits everyone.