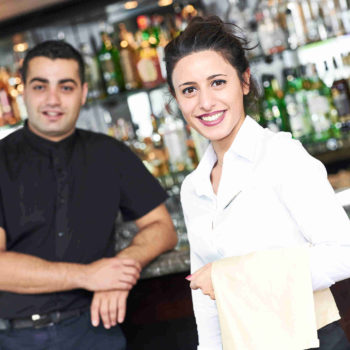 Griffith College is to launch a Bar Manager’s Degree Apprenticeship in 2019. The news comes after the Apprenticeship Council of Ireland approved the course for development earlier this year. The three-year degree has been designed in partnership with the VFI, LVA and the wider industry including Diageo, Heineken and Febvre Wines.

According to Michael McNamara, Strategy and Public Affairs Manager with Griffith College, the Bar Manager’s Degree will form part of Minister for Education Richard Bruton’s target of 9,000 new entrants each year in new apprenticeships.

“The original idea for the degree came from Limerick VFI member JJ Mulcahy,” he says. “We are now deep in the process of developing the course content and plan to commence the degree in 2019.”

“This new degree will give graduates a qualification that’s recognised worldwide,” says VFI Chief Executive Padraig Cribben. “The apprenticeship model is the perfect blend of ‘hands on’ experience and college work. It’s time bar managers received a qualification like the degree that has been available in hotel management for many years.”

The apprenticeship model, which has been so successful in Germany, is very attractive for those who are accepted on the scheme. It is a ‘learn and earn’ model which sees the apprentice paid a full-time salary and allowed study on the job, and be released for lectures one day a week at one of the Griffith College campuses in Dublin, Cork and Limerick.

The syllabus and course content has been agreed and developed by the employers, who have designed the Occupational Profile for those attending the proposed three year QQI degree at level 7 on the National Framework on Qualifications. SOLAS working with HEA and QQI are the state agencies involved.

If you're looking for jobs check out www.jobalert.ie