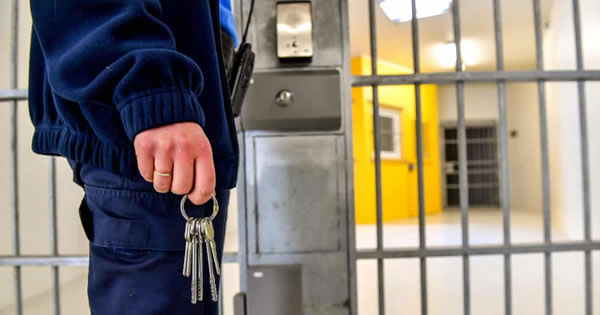 'Go beyond the gates' ex-offender programme

Check out this amazing company that supports people with criminal records to gain sustainable employment, preventing them from re-offending

VGC Group, a leading Irish firm founded by Cavan man Sean Fitzpatrick, who provides people and delivers projects for major infrastructure contractors across Britain is behind a programme that helps people with criminal records to find jobs.

In their offenders programme ‘go beyond the gates’ they provide mentoring, mock interviews, careers guidance and employability workshops as well as liaising with clients to identify appropriate roles for offenders as they approach their release date from prison. Since it started last year 17 ex-offenders have been placed into jobs on sites across Britain.

One such person is “Peter” (not his real name) who is now working for VGC at a rail depot. As Peter prepared to leave prison he participated in the programme. When he was then released on a temporary licence he was eligible to find local work. Peter had been in detention centres and prisons since he was 14 years of age, as a result he had no previous work experience. Without support or work he faced a life on the street on his final release.

VGC agreed to sponsor Peter so that he could get a special card to work in construction and initially he worked as an assistant cleaner. Soon he gained his personal track safety qualification and he is now also undertaking groundwork labouring. Reports back show that Peter has proved to be a very hard worker. He struggled initially with group dynamics and needed some extra support which the programme was able to provide him with, he has now managed to settle in really well.

Even though Peter is now working full time, he is still on day release from prison, so he’s saving money to help secure accommodation after his release and is starting to rebuild lost relationships with his family. Peter says: “I’m really grateful to have been given this chance to get my life back on track.”

VGC have also linked up with charities and social enterprise partners - including Shaw Trust, Bounce Back, Key4Life, Mind the Gap and A Fairer Chance - to understand the issues facing deprived communities.

The company are also one of many companies in the UK who have joined the ‘Ban the Box Campaign’ that asks employers to remove the tick box from job application forms asking about unspent criminal convictions. The companies publicly commit to considering applicants' skills, experience and ability before asking about criminal convictions. Research has shown that finding work for ex-offenders near to release helps break the cycle of unemployment, homelessness and re-offending.

Of course there will be some work situations where criminal record clearance is required but many roles can offer work to people who cannot pass these screening processes.