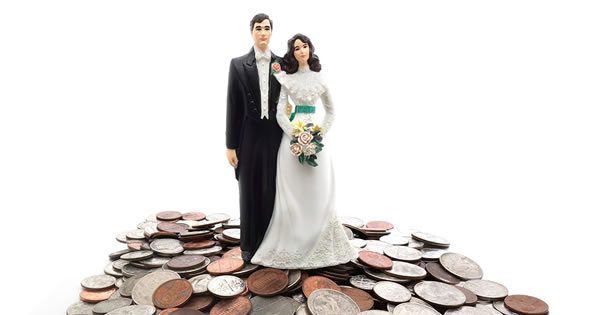 Married in the last four years? You could be entitled to a tax refund

Couples are being urged to say “I Dough” as well as “I Do” as they are urged to check if they have received their “year of marriage’ relief.

A spokeswoman for Taxback.com said: “The tax experts say in the year a couple are married, both parties continue to be treated as single people for tax purposes.

“However, if the tax they pay as two single people is greater than the tax payable if you were taxed as a married couple, they can claim the difference as a tax refund.

“Only tax deducted in the months after marriage can qualify for a tax refund.”

And the money experts have urged those who have been married within the last four years to also contact Revenue to change their status and check to see if they are entitled to a refund.

Commercial Director with Taxback.com, Eileen Devereux said: “Thousands of couples throughout the country are gearing up for the big day and most will not be considering the tax implications of it.

“But what we are finding is that some couples never fully get to grips with the tax ramifications of their union – even years after the nuptials have taken place.

“For couples, particularly those who marry in the latter to end part of the tax year, the refund could be particularly lucrative.

“We are also older than ever before when we say, ‘I do’. In fact, the average age of Irish couples marrying is now 34.4 years for brides and 36.4 years for grooms.

“Meaning that our income in the ‘year of marriage’ is probably much higher than it was for previous generations.

“So, the tax savings would potentially be greater. It’s definitely worth checking out.”

For more information on marriage and taxes check out Taxback.com.