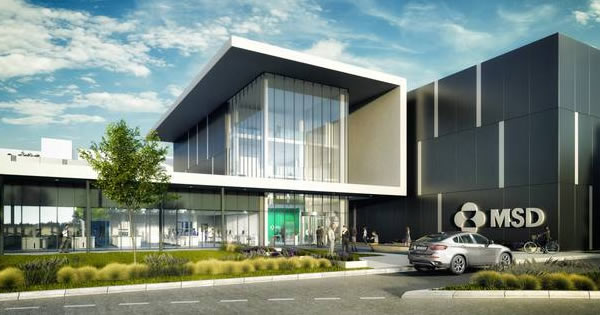 MSD to create 300 jobs at their Carlow site

Pharmaceutical Giant MSD have recently announced the expansion of its Carlow site, generating almost 300 jobs for the region.

The global healthcare and pharmaceutical company MSD have recently announced that they will expand their Carlow facility, with a aim to open by 2022.

The announcement will result up to 300 jobs for Co.Carlow, where the company were granted permission to build a 13,000 square metre manufacturing facility.

The new facility will focus on producing vaccines and biologics and is expected to hire an additional 170 staff as well as 100 contractor staff.

The Carlow facility is one of two in the South East, with another in Co. Tipperary as well as others in Cork Dublin and Wicklow.