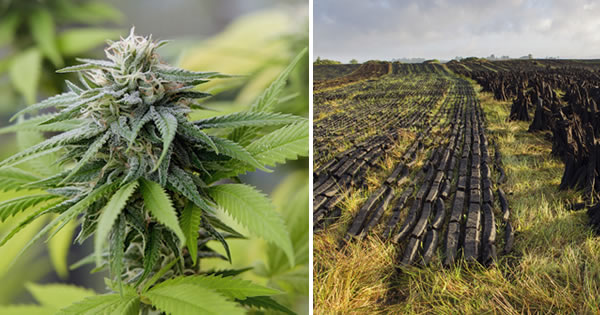 Bord na Móna is carrying out a feasibility study into whether the cultivation of marijuana for medical use could replace traditional turf-cutting on thousands of hectares run by the company.

The initiative is part of the semi-States’ Brown to Green strategy to switch to a low-carbon, sustainable business model.

It also comes after Bord Na Móna announced nearly 500 jobs will be lost in the midlands, under a plan to end peat harvesting in 45 of its 62 currently active bogs within the next six years.

Both Mr Canney and Minister for Health Simon Harris have met management at the semi-State company in recent weeks to discuss the possibility that Ireland could manufacture its own medicinal cannabis supply, and also export it.

In his latest remarks on the proposal, Mr Canney said medicinal cannabis “has the capacity to create a decent amount of jobs and this has real potential”.

“The possibility exists that [Bord na Móna] could do it for other governments and other countries,” he added. “This could create a lot of jobs.”

“I would add that this is at an early stage of development and obviously a number of regulatory approvals are required,” Mr Canney said.

It is reported Bord na Móna could earmark up to 5,000 hectares of its 80,000 hectare land bank for cannabis farming.

In June, Mr Harris signed into law legislation allowing people access to medical cannabis on a limited basis over the next five years.

The move allows for the “compassionate access to cannabis for medical reasons” in cases where conventional treatment has failed. He expects the first drugs covered by the scheme to be available in the autumn.

Asked at the time about the possibility of Bord na Móna growing cannabis to supply the products, Mr Harris said that if the Medical Cannabis Access Programme proved successful, he believed Ireland should look into growing cannabis.

“Instinctively I think in the medium term this is something that would make sense for Ireland to try to have its own supply,” he said.

Mr Harris has previously said as legislative change on the use of medicinal cannabis progresses in Ireland, it could bring new opportunities for Irish farmers.

“Does it make sense to grow your own in Ireland rather than be dependent on importing a product?” he said last year. “I think, quite frankly, it does.”