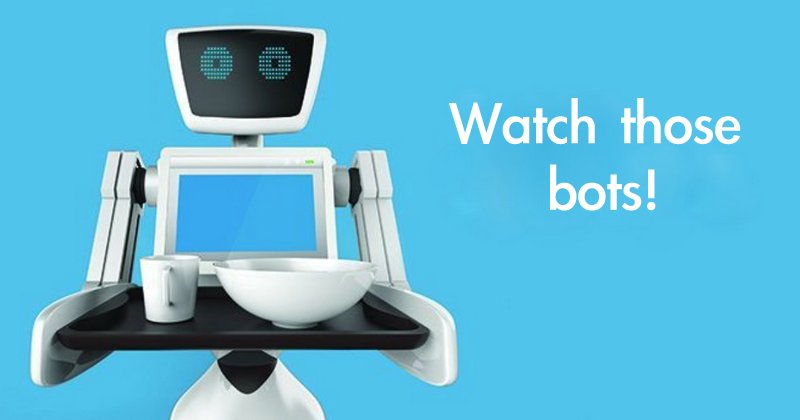 Women Watch those Bots - Your Job May be at Risk!

New research findings in a survey by the IMF (International Monetary Fund) is showing alarming results for Women in the workplace.

Up to 26 million women in major economies could see their jobs displaced within the next two decades, if technology continues at its current rate, the IMF found.

“We find that women, on average, perform more routine or codifiable tasks than men across all sectors and occupations ― tasks that are more prone to automation,” the report’s authors wrote.

Women are currently underrepresented in fields experiencing job growth, such as engineering and information and communications technology. In tech, women are 15 percent less likely than men to be managers and professionals, and 19 percent are more likely to be clerks and service workers performing more routine tasks, which leaves women at a high risk of displacement by technology.

More than ever, women will need to break the glass ceiling. Their analysis shows that differences in routineness of job tasks exacerbate gender inequality in returns to labor. Even after taking into account such factors as differences in skill, experience and choice of occupation, nearly 5 percent of the wage gap between women and men is because women perform more routine job tasks. In the US this means women forfeit $26,000 in income over the course of their working life.

There are some bright spots. In advanced and emerging economies, which are experiencing rapid aging, jobs are likely to grow in traditionally female-dominated sectors such as health, and social services―jobs requiring cognitive and interpersonal skills and thus less prone to automation. Coping with aging populations will require both more human workers and greater use of artificial intelligence, robotics, and other advanced technologies to complement and boost productivity of workers in healthcare services.

They recommend that Governments need to enact policies that foster gender equality and empowerment in the changing landscape of work:

Automation has made it even more urgent to step up efforts to level the playing field between men and women, so that all have equal opportunities to contribute to, and benefit from, the new more technology-enabled world.

The IMF researchers developed a “routine task intensity” (RTI) index to measure the so-called routineness of various occupations and then broke that down by the gender make-up of each role.

On average, the RTI index was 13 percent higher for women workers than men, due to “women typically performing fewer tasks requiring analytical and interpersonal skills or physical labor,” the report said.

The index’ results were not uniform, however, the report said.

The gender routineness gap was far lower in Central Europe and Scandanavia, while it was among its highest in Japan, the Slovak Republic, Singapore and Estonia. The IMF said that was likely “indicative of countries’ positions along the automation path” as well as long-standing gender biases.

Meanwhile, the report also found oldest, less well-educated women to be at the greatest risk of job automation, adding that recent decades have seen more young women shift away from clerical and low-skilled occupations toward service and professional jobs.

“Women are increasingly selecting into jobs that are more insulated from displacement by technology,” the report said.

“Gender automation gaps between men and women are smaller for younger cohorts even among workers facing the highest risk of automation (e.g., less-well educated, in clerical and sales positions).”